Sicily: a beautiful island in the south of Italy, where the sun always shines, the food is delicious, the sea is crystal clear and the culture and tradition are visible in every corner of the island. Here, you can find some of the UNESCO world heritage sites and the first step is  Palermo, the regional capital of Sicily and the city where I was born and where I live. Among the wonderful Cathedral, the Teatro Massimo and the characteristic markets, like “IL CAPO”, there is the Royal Palace (or Palazzo dei Normanni), which was the seat of the kings of Sicily during the Norman domination and now it is the seat of the Sicilian Regional Assembly. This Palace, which tells about more than 2500 years of history,  was firstly built as fortification by Arabs (who dominated Sicily together with Normans and Spanish, influencing our art, our food, our history and our culture) and then it was rebuilt in 1130, becoming the royal castle, with four towers.

Palazzo dei Normanni is the destination of many tourists, who make a long queue everyday, attracted by its decorations, its majesty and the wonderful royal church inside the palace: the Palatine Chapel, built in 1132, dedicated to Saint Paul Apostle and all decorated with luxurious stones and mosaics. 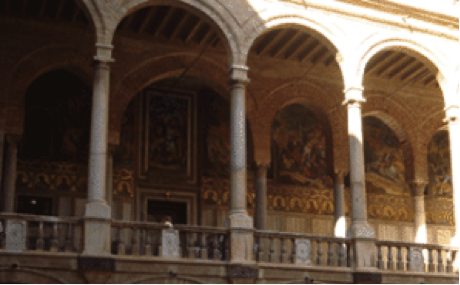 In particular, the external mosaics tell the story about King David’s rebel son and they were realized by the will of king Ferdinando III of Borbone, who made him and his wife Maria Carolina painted upon the main door of the church in a central medallion kept by an old man, with the crown, the eagle and the snake, that all represents the Genius of Palermo.

Moreover, the mosaics visible in  the walls of the church tell Saint Peter and Saint Paul’ life episodes and events linked to the Old and New Testament. Even if the chapel was divided by the Palace in the past, now it is included in it.

When you grew in a city, you give for granted most of the historical, cultural and traditional parts of it, loosing the opportunity to admire and appreciate more the place where you live. Unfortunately, we are more busy in complaining about what is wrong in our city, that we don’t understand this, including me. Indeed, I have never gone to visit many of our beautiful monuments or cultural places.  I had the chance to visit both the Palace and the Chapel a couple of years ago when a friend of mine came to visit me from Brazil  and I was literally without words, from the entrance to the exit. Indeed, when you get in you can feel the majesty and the royalty. The Chapel is absolutely magic and breathtaking, you can just sit there and start thinking, flooded by a peace feeling. A perfect place for a magic wedding (it is indeed the choice for many couples and maybe it will be mine too, who knows?). Moreover, many tourists, who come to visit this heritage site, can have the chance to see either the art exhibition of a famous painter (indeed last year, the Botero’s Via Crucis was organized here and it was prolonged for the success it had) or walking upon the roofs of the palace during the evening, admiring the wonderful view from the towers. 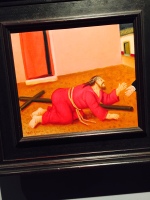 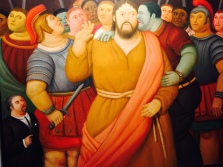 I would like to conclude with a quote from an Italian movie, called “Benvenuti al Sud”, about the south of Italy:

“When a foreigner comes into the south of Italy cries two times: when he comes and when he goes away”.