To celebrate Scotland’s national day, I thought it would be relevant to make some comments on the Scotland exhibition in the National Museum of Scotland.

The exhibition aims to give the visitors a proud image of Scotland and Scottishness, and share with them the values of this country. Large attention is given to the contribution of Scotland during the World Wars, and also to how war had an impact on the country and the people. 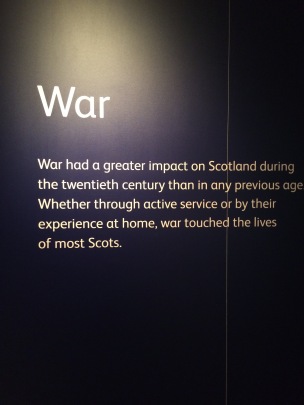 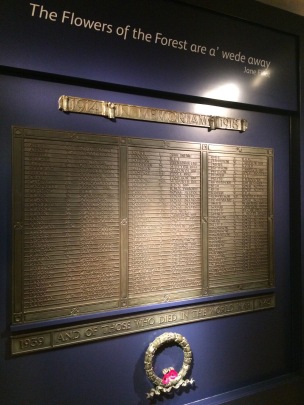 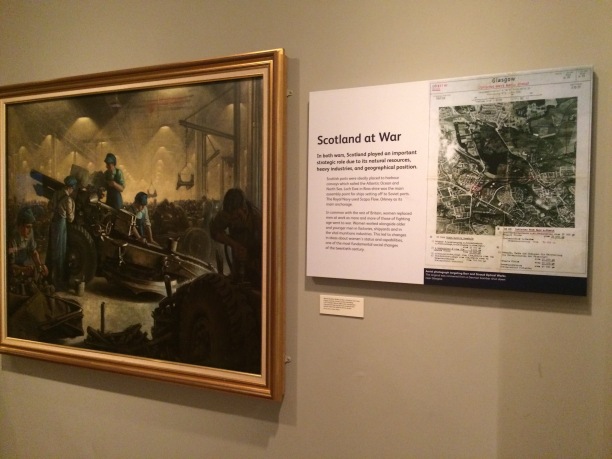 By observing these images and reading the comments next to them, I perceived the claim from Scotland to be recognised as an active part of the history of the world. Scotland, through this exhibition, is telling to the world its story and its people’s stories too. 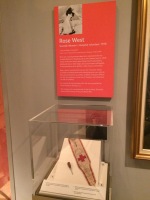 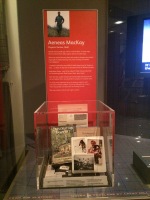 As an immigrant in Scotland, I found the session dedicated to the Scottish diaspora very interesting. I was not aware of the migration from Scotland to Australia and America, and it was surprising for me to acknowledge this phenomenon. I particularly liked the way they organised the layout of the exhibition here, by separating the session dedicated to migration through these symbolic passage. 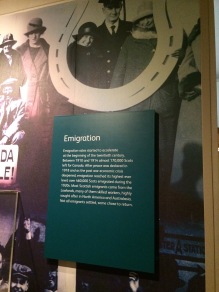 Before leaving the room and concluding your visit, you are invited to sit on a wee bench and watch a video in which Scottish people talk about both common and unusual facts about Scotland and Scottishness. It was nice to hear their voices (I am also a big fan of Scottish accent!!) and their perceptions about their country and their identity.

I had a nice time visiting this gallery, and I think that it talks both to foreigners and Scots. As a foreigner who has been living here for a while, I felt proud of the place that I now call home. I believe that this exhibition nicely represents Scotland, and enhances Scotland identity.

This is my wee contribute to celebrate this 30th November, so….